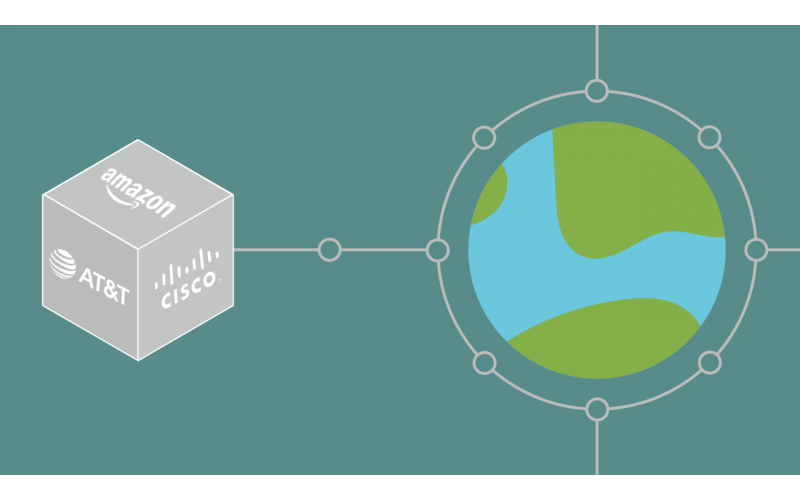 Software Defined Networking (SDN) brings huge benefits to customers: you can now be free from the constraints of propriety solutions, enabling companies to buy a great bit of networking equipment from one vendor, and run another vendor’s operating system on it.

But not if vendors sell their networking solutions as complete systems. If a seller’s own software is bundled up with their routers and switches, you’re stuck with a system you have no power to change.

It’s this lack of choice that has caused a growing move among service providers and social media companies to purchase networking systems that give them more freedom over the software they use.

The power of choice

SDN enables users to choose networking solutions based around the software they wish to use, rather than being tied into proprietary deals from hardware suppliers.

Think of SDN as a bit like taking the gherkins out of your Big Mac. Or sticking non-vendor inks in your jet printer. You get to take back control.

Find out more about SDN here.

Some businesses will always prefer an all-in-one networking system. You’re buying security: a one-stop shop with a single call for after-sales and service issues.

But even some of the biggest players are beginning to recognise that forcing customers down the proprietary route is no longer commercially viable.

Networking giant Cisco, famed for selling only proprietary systems, recently announced a move to disaggregation. Its readiness to unbundle its operating systems from the hardware they’re designed to run, means you can now run Cisco software on other vendors’ hardware.

Really? Yes. It may sound odd that a vendor who’s been shying away from disaggregation for so long should suddenly embrace it so enthusiastically. But it seems a tipping point really has happened. Mainly, it has to said, after heavy pressure from hungry network users – like AT&T.

The telecoms provider is building its new mobile network using ‘white boxes’. Faced with big market players like these moving to a white-box networking model, Cisco was finally forced to develop a more software driven offer.

In a bold move away from being tied into proprietary systems, the white-box model will enable AT&T to run its networks using open source software, giving it massive cost-savings and simpler software upgrades. And it won’t be being tied to a specific vendor for hardware upgrades.

The wizadry of the white box

White box technology is not new. The white box revolution has had a major impact on the world of storage. Stand-alone servers are now largely virtualized or cloud based.

We no longer say ‘IBM Compatible PC’, our PCs have been ‘white box’ for 35 years now, since IBM allowed Microsoft to sell its own version of MS-DOS for non-IBM computers.

Hungry for the flexibility they needed to flex their innovation muscle, major players in the storage market like Amazon turned to white box solutions. Their eagerness and buying power forced original equipment manufacturers (OEMs) out of the commodity server market.

Enter Original Design Manufacturers (ODMs). Spurred on by the Open Compute Project (OCP), which has done for hardware what open source did to software, ODMs have been supplying bespoke white box server solutions to consumers worldwide.

According to a recent International Data Corporation (IDC) report, <link to https://www.exittechnologies.com/blog/data-center/server-upgrade-purchase-white-box-servers/> the ODM direct group of vendors grew revenue by 48.1% to $4.2 billion from 2016 to 2017, and beat the likes of Dell, Cisco, IBM, and HPE in percentage of server market share.

And now the wizardry of the white box is shifting the networking paradigm. The change from fixed networks to software-defined networks is showing signs of creating the same sea change as server virtualization has.

So what benefits can SDN bring your business?

Being able to shake yourself free from proprietary networking hardware could bring multiple benefits to your business. It’s all about choice. A traditional big vendor system means you have little or no control over how you operate and upgrade your network equipment.

You can adopt hardware and software independently and not be locked into a specific vendor.

This gives you freedom from onerous restrictions on equipment or software you’ve bought, and the agility to adapt to changes in technology. You’re no longer restricted by one vendor’s vision and policies – or even shipping delays.

This is especially important to businesses in sectors like banking, telecoms, and social media. They have changing and hard-to-forecast traffic patterns and flows. So agility is crucial.

SDN allows them to manage peaks without the need to increase physical hardware and brings savings on under-utilisation in non-peak times.

With SDN you’re no longer tethered to what you can’t control.

The benefit of a proprietary system is that the pre-installed software makes it easy to run.

By comparison, early white box systems came with high operational costs, outweighing any savings made on the hardware. The open-source software required to run the kit was complex to administer and expensive to manage.

But now Linux expertise is more prevalent and many boxes come with ready-to-run open-source operating systems. It’s no longer just the big players who have the pockets and technical know-how to join the white box party.

By using an open platform, you’re not constantly looking to a hardware provider to provide the software. Or burdened by licensing and support costs, and time frames that are outside your control.

And, while proprietary systems do offer all in-in-one after-sales, technical support for white boxes is getting better all the time.

The market is opening up

As we’ve mentioned, OEM networking vendors like Cisco and Juniper are now responding to demand. They’re making their kit SDN friendly – albeit reluctantly – by unbundling their hardware from proprietary software.

And web giants like Facebook, Amazon, Google, and now ATT, are paving the way for mainstream consumers to make the most of this disaggregation of software from traditional, bundled networking packages.

You can take it one step at a time

Chances are today you’re comfortably wedded to an OEM for your networking needs. But in time the scent of networking freedom may be tempting.

If you’re curious about embracing SDN but feel nervous about going all-in, you don’t have to. You can take it one step at a time.

By phasing white box technology gradually into your organization, as AT&T have, you can get a feel for how it works, what configurations suit you best and how to solve the problems you’re facing with your current solutions.

If you would like to keep in touch with our Latest News and posts our quarterly email newsletter signup is here.