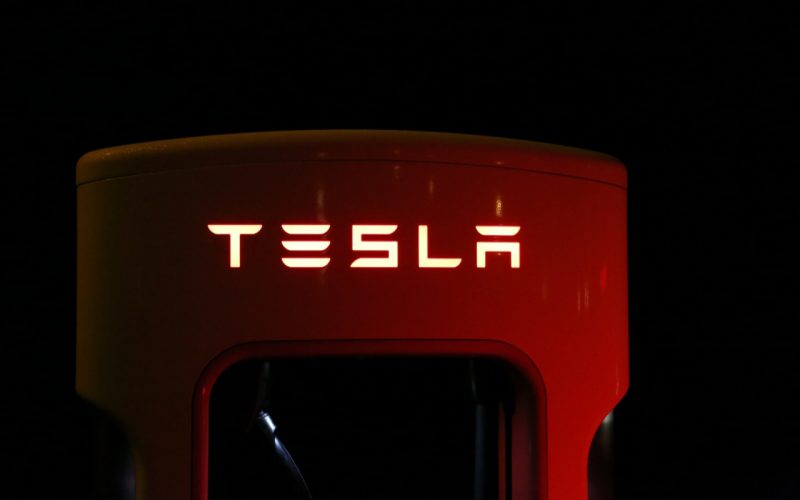 Remember what it felt like to take your first iPhone out of its box? ICP’s green giant, Matt Archer, relives the sensation, this time with a bit of mobile tech that could seriously clean up the world of transport.

A ride in a Tesla is on any self-respecting petrolhead’s bucket list – and you don’t even need petrol to live the dream. But, as Matt found out when he drove the all-electric Tesla Model X from Cheshire to Tuscany, you do need to keep a cool head as the battery dwindles and your range anxiety kicks in.

I’d read about the Tesla (a lot, and for a long time). Yes, I admit it: I was a bit of a Tesla nerd. But always from a distance: I knew I needed to put one of these eco-supercars through its paces, to see for myself if its motoring muscle matched its green credentials.

I’m a passionate environmentalist, just without the crystals, ponytail and sandals (well, never with socks anyway). But, concerned as I am about sustainability, when I drive a car, I need to feel like I’m, well, driving a car.

I’ve always understood that the world’s addiction to fossil fuels is neither good for global warming nor sustainable, and that electric transport is one way forward to a greener planet. But the image of battery-powered vehicles is still far from sexy. And their performance doesn’t seem to have evolved much since my childhood, when the milkman delivered the daily pint in a less than high-performing milk float, complete with 12-volt battery and top speed of 10 mph.

Carbon-neutral as these electric vehicles may be, can you really take one further than the local shops? No better way to find out, I decided, than to hire a Tesla and take it seriously out of its comfort zone.

And I fancied a holiday. So how about a trip from my home in Wilmslow in the north of England to Porto San Stefano in Tuscany, Italy? As well as satisfying my curiosity for how far technology has come in bringing electric cars into the mainstream, I’d be feeding the road trip fantasist in me that first spawned when I watched Dennis Hopper and Peter Fonda in Easy Rider.

I decided on the Tesla Model X, an all-electric SUV, encouragingly described on the Tesla website as the ‘quickest, most capable sport utility vehicle in history’. All-wheel drive, 5-star safety rating, 295 miles of range. ‘Model X,’ the blurb assured me, ‘is the SUV uncompromised.’

If my mind wasn’t already made up, the ‘ample seating for seven adults’ clinched the deal. Not only could I relive my Bonnie and Clyde fantasy, I could take the family with me too.

The Tesla website helpfully mapped our route to Tuscany, a pale blue line dotted with nine red lozenges – the charging stations we’d be calling at along the way. It was going to be a 22-hour trip, the recharging stops only adding five hours to the journey. And with free supercharging included in the hire price, this trip was going to cost me nothing. In fact, I’d be in notional credit to the tune of, £700: 2,500 miles at 21 mpg in my Range Rover would have used 535 litres of unleaded at @ £1.31 per litre.

Could it really be this easy? Where was the catch? Certainly not the driving experience. It was outstanding. Being behind the wheel of the Model X reminded me of my first experience with an iPhone: this was the way things should be – several leaps forward but intuitive at the same time.

The website blurb wasn’t wrong. The spacious interior accommodated us all comfortably, with loads of legroom and plenty of space for our luggage. The aerodynamic design was pleasing to the eye and certainly contributed to the comfort of the drive and the vehicle’s easy handling.

The visibility was second to none. We were all able to enjoy the stunning French and Italian landscape through the all-glass panoramic windscreen. And the DeLorean-like falcon wing doors gave me the feeling this road trip really was taking me Back to the Future.

Particularly impressive was the traffic aware cruise control. I set my preferred speed and the number of car lengths I wanted between me and the vehicle in front. This was the most amazing feature for safety and comfort. It kept my concentration, and allowed me to enjoy the journey knowing the car would stop or slow when it had to.

With this and the auto-steer function, the Model X is creeping towards driverless technology. Auto-steer isn’t quite autopilot, but continues to control the wheel at speeds of up to 90 mph (though I never pushed it that far – and it would have stopped working for the rest of the journey if I had). The feature was brilliant for keeping the Tesla between the lines on the motorway, the dashboard showing nearby vehicles and the road lines. It’s a helpful bit of technology, and may even be good in stop-start traffic to keep concentration up.

Part of my interest in taking the Model X on such a long journey was to get my head round the battery-life conundrum. I get anxious when my iPhone asks me if I want to switch to low power mode. How would I feel in the middle of the Swiss Alps with the Tesla running short on electrons and the next charging station who-knows-where over the next pass?

The route map we set off with made it clear: we’d only need to recharge a few times during the trip. The stations were clearly marked. The Model X’s 100 kWh battery had 351 miles of range. It all seemed pretty black and white, easy to work out, nothing left to chance. So why did I have a peculiar feeling of uncertainty and discomfort as we set out, like one of those weird natural disaster dreams?

Could this be the catch with the electric car, I wondered: that range anxiety isn’t actually irrational; there just isn’t the infrastructure to support long-journey use of a form of transport so dependent on plugging into a power source to stay on the road?

Actually, while I did initially experience range anxiety, I soon realised it isn’t very different from the fear of running out of petrol. It’s all about journey planning. As long as I knew where the nearest charging point was when I set out, and had checked my range, I was able to drive without worrying about being left stranded by a flat battery.

But even the best-laid plans go awry – like getting lost. This can push even the most sanguine electric driver into a state known as range anxiety Max (RAM). Don’t do this. Don’t get lost. Especially if your battery’s running low. It’s not good for the nerves.

I experienced a serious case of RAM in Tuscany. We were on a remote island. The Tesla software was telling us we’d get to our destination with a comfortable 35 miles left. But we were unfamiliar with the single-track roads in the hills. And our host’s instructions left a lot to the imagination. So we did it. We got lost.

Things seemed to have worked out fine when we got to our destination with 13 miles charge to spare. But the charging extension wouldn’t reach the wall socket in the rustic villa, so we couldn’t charge overnight (it was only going to top us up with 5 miles per hour of charge, but at least it would have got us to our next supercharging point).

No matter, I thought, there was a slow charger ‘for customers’ at a golf club on the island – and I reckoned I could pass as a customer. But we were 16 miles from the club with only 13 miles of charge in the tank. Knowing I would gain charge going downhill, I felt that with a bit of good luck I could make it. And I just about did. I arrived at the club with zero miles on the clock – only to find the chargers were blocked by non-electric vehicles. It took some persuasive Mediterranean gesturing and a few passing references to Edoardo Molinari, but I was soon enjoying a leisurely continental breakfast overlooking Porto San Stefano while the Tesla feasted on electrons. And when I say leisurely, I mean leisurely. It took five hours for a full charge – a bit longer than it takes to fill up with unleaded. You need patience when you go electric.

Despite my own brush with battery depletion, I don’t think range anxiety is going to be a big issue hindering the growth of the electric car market. After making it to and from Tuscany with my sanity intact, it certainly won’t put me off going electric; especially if I can afford a car of the style, comfort and on-road performance of the Tesla Model X.

I like to walk the green talk in as many areas of my life as I can, from the choices we make at ICP to supply recycled and refurbished IT equipment, to the compost bin at the bottom of my garden, which helps reduce my domestic waste footprint. So it’s always troubled me to think of the harmful effects on climate change of the petrol and diesel vehicles I’ve driven in the past.

Now I see a real chance to change that. Electricity is not without its environmental challenges: fossil fuels are still the principal source of electricity generation. But renewably sourced electricity is becoming more accessible by the day. So the Tesla, and other members of the rapidly expanding electric car family, offer the world a huge opportunity to cut down on localised pollution and curb the greenhouse-gas emission onslaught.

So will I go electric? 100% yes! For regular commutes and short local trips, driving electric is a no-brainer. It’s also less hassle than petrol or diesel. Plugging my car in at home will be a lot more convenient than looking for a petrol station. And, if I’m just running about in it, I may only have to recharge once a week.

And for those longer journeys? With a bit of planning, a battery size offering a decent range, and some extra charge in the boot, I could quite easily become an electric Thelma (or Louise). Without the anxiety.

Let us help you make your green IT a reality

The Circular Economy. Good For The Planet. Great For The Bottom Line. Here’s How You Join The party.

How can I get hold of a Tesla?

If you don’t have a friend who’s crazy enough to lend you one (I did!), you can hire a Tesla pretty easily – check out Whitecar (they have Tesla rental outlets in major cities around the world) or the Tesla Owners Group for recommended rental outlets and loads more useful stuff (discussion boards, supercharger locations, user guides).

If you fancy a test drive, the Tesla website is a good place to start. You’ll have fun, and will almost certainly be hooked. In which case, you’ll probably end up buying one.